Coping with uncertainty is one of my biggest struggles. “What if I get hurt again?” “What if he doesn’t like me as much as I like him?” “Why isn’t she friendlier toward me?” “Is this the right career move?”

I’ve started dating again recently, while talking to my therapist, Sara, frequently to make sure I’m not losing any of the progress I’ve been making. I’m trying to focus on letting things happen as they happen (i.e., not trying to predict and worry about every possible future outcome simultaneously) and staying in the present, but it still can be a struggle, especially if I’m really interested in someone.

A lot of this has to do with “detaching from outcome,” which I’ve written about previously; I know the outcome I want, and I’m going to worry it into existence, dammit. And some of it has to do with resistance, because much of what I personally tend to resist is my inability to see the future. 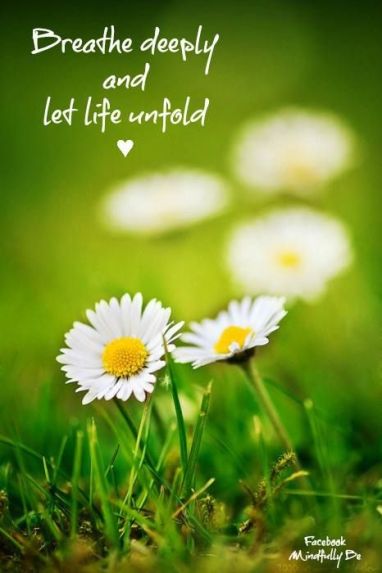 One friend has urged me to “let it unfold.” And I realized one day that it’s exactly like a flower. You can’t force a bud open; you have to wait and let it unfurl, petal by petal. Worrying won’t change the color of the flower. Opening it too soon won’t change the color, either (and it will ruin it, as well).

Sure, you can obsess over every detail of the flower in the meantime and try to make predictions about what it might turn out to be, but chances are you won’t be accurate, and you’ll subject yourself to a lot of tension and anxiety in the interim. Instead, sit back. Breathe. Observe as it opens slowly, hour by hour, and live in the moment as you enjoy the beauty of the unfolding.

It will be whatever color it will be, and whatever it is, it will be beautiful — even if it isn’t the color we had planned or wanted. It might even take us a while to appreciate the color. But that’s the color the flower is, and the sooner we release our resistance (to either not knowing in advance or to whatever the outcome turned out to be), the sooner we achieve peace.

Life will happen as it’s going to happen. Obsessing over the future or trying to control everything and everyone around us won’t change much, except our anxiety levels.

Becoming comfortable with not knowing can be tremendously challenging, because our brains are wired to want certainty. In fact, a 2016 study showed that uncertainty can actually be more stressful than predictable negative consequences. I’ve experienced this myself; in the past, if I’ve become interested in someone who at some point became rather distant, I’ve gotten extremely anxious at first. “What’s going on? Is he just busy? Is he losing interest? What does this text mean?” And it’s actually been a relief if he says he doesn’t see things working out, or I decide I don’t care that much, or he just disappears altogether, because now there’s that answer. I’d rather have the answer than the guy!

PsychCentral has an article titled “Tips on Tolerating Uncertainty” that includes these suggestions:

Rezzan Hussey’s article “Some Mindfulness Practices for Managing Uncertainty” points out the negative consequences of seeking clarity above everything else. We can lose opportunities, miss out on new experiences and subject ourselves to anxiety, amongst other things. My favorite part about the article was that it offered some advice specific to dating relationships in the early stages:

I particularly identified with the last one. In the past, I have spent far too much time trying to extrapolate minor things into a prediction of the future or a reading of someone’s personality and intentions. Of course, it’s important that you pay attention to red flags, but you shouldn’t be treating every text message like it’s some sort of crystal ball that will reveal all, if you just look closely enough.

Remember, there is no absolute certainty or permanence in this life. Change is inevitable, and it is often far more beautiful than we could have imagined before we walked through it. As Thich Nhat Hanh says, “Smile, breathe, and go slowly.”